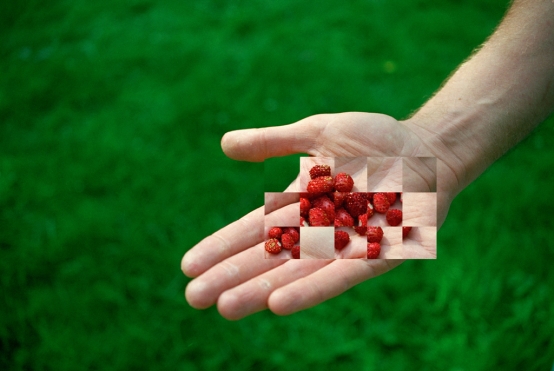 Andy Best’s practice, moving between sculpture, painting, and photography, examines the complexities that result when nature and culture overlap and inform experience. Growing up amongst the deserts of southern Australia, Best spent his youth on islands lying at the same geographic location as those depicted in Gulliver’s Travels. Such a split between direct and mediated experiences is a common feature of the films and culture of Australia generally – from Ned Kelly to Mad Max – and the blurring that results from a European and North American cultural lens over a subjective, material landscape.

An early work Pauline recreated the seminal video game Donkey Kong, from life-sized building materials which, at that time, surrounded the artist’s studio. As both an overtly masculine orange modernist sculpture, and as a stage devoid of protagonists (save for the title’s reference to the game’s object) the work reflected upon our underlying attitudes towards life, love, risk, and death.

The links between magic, formalism, hallucination and the afterlife has continued in other photographs and installations. The widely reproduced Fall Series (2005) depicts urban individuals in cinematic, dramatic free-falls. With equal reference to Die Hard, fashion photography, and religious iconography, viewers are presented at once with an intense portrait of our place in the contemporary moment. The fake chain restaurant Knox Burger (2005), its surface overgrown by jungle vines, revealed cinematic dioramas – made from lumps of solid cocaine. Other paintings, drawings and sculptures further blur the distinction between media, animation, and the fleeting intensity of memory.

These connections became more important and complicated in the Oom series (2008 – ongoing). The entity ‘Oom’ is drawn from an overwhelming and growing number of sources: the only restriction is the use of the three letters O O and M in literature, history, television, or online culture. Wilfully misinterpreted into a single narrative, in Best’s project Oom becomes a timeless, malevolent force – ora reincarnating alter-ego, perhaps – itself creating hallucinogenic paintings and sculptures. Not constrained to one individual, Oom encompasses a counter-cultural group whose history is depicted in installations of the project’s music, architecture, photography and artefacts.